You build the pie in layers, a bottom crust, the apple filling, and the top is really like the top of an Apple Crisp, sweet and crunchy full of brown sugar and butter.  Yum! Yum!

Dutch Apple Pie is also called Apple Crumble Pie, but whatever you call it, you will never forget that sweet, crunchy buttery topping!

When I bake apple desserts, I like to mix it up a bit, and will often use 2 or 3 different varieties of apples. I’ve included a really cool graphic here for you, that shows a sample of some of the wonderful varieties there are.

I went into the grocery store the other day to buy my apples, and I thought I was picking up a bag of McIntosh – but when I went to bake my pie, discovered they were Jersey Macs.

Bon Appetit says the three best apples to bake with are Honeycrisp, Pink Lady and Mutsu – but I think it’s all personal choice and besides its fun to experiment!

Now I like a tart taste to my apple pies, so I always include fresh lemon juice and a little lemon zest.  I also put in about half of the sugar that other recipes ask for.  The reason for this is that apples are very sweet on their own and you want that flavour to come through in your dutch apple pie.

When slicing up your apples, try to cut the slices fairly thin and pile them up!  I use 4 cups of peeled and sliced apples for only a 9” pie plate.  That’s because the apples will cook down and you will still end up with a glorious mile high apple pie!

My daughter made one the other day – I was so proud!  A lot of the recipes call for using Pillsbury cinnamon rolls and that’s great because they are so easy to use.  However I had a batch of fresh buttery pastry made (just whipped it up in my little food processor) so I was all set.   You can make some too, here is the recipe.  I call it my Insanely Easy Pie Crust.  Honestly it takes about 10 minutes.  Promise!

How to Make Cinnamon Roll Apple Pie from Scratch

This is the fun part! I’ve set out the process step by step and it really is very easy. I think it’s much like the rugelach cookies I make during the holidays!

You will need enough pie crust for a two crust pie. There will be a bit left over, but I usually just use it up in a separate cinnamon roll treat!

The whole cinnamon roll pie crust thing is very nostalgic for me too.  When we were kids, my Mom would take the leftover pastry from her pie baking and make us a cinnamon pastry roll for us.  And this pie crust tastes just as good!

This is THE most popular pie in our family now.  I even make it as a gift for my brother and sister!  Mark thinks adding raisins would make it a perfect pie.  What do you think?

If you loved this Dutch Apple Pie With Streusel Topping recipe, then check out my other recipes!

Start with a delicious buttery Cinnamon Roll Pie Crust and Build this scrumptious Dutch Apple Pie on top! A perfect recipe for Beginner Bakers. Make it a family time, with apple peelers, and pie crust rollers! 🙂

Roll out the pastry in a rectangle

Toss the apples, white sugar, lemon juice, lemon zest, corn start in a large bowl, making sure the apples are well covered, then set aside. This is your apple pie filling.

As an Amazon Associate and member of other affiliate programs, I earn from qualifying purchases.

Did you make this recipe?

I hope you enjoy this Cinnamon Roll Apple Pie recipe as much as I did putting it together for you! 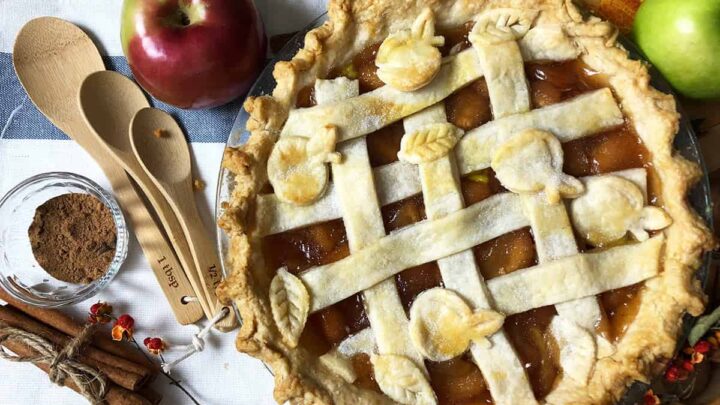 Mom's Apple Pie is just the best, right? So we put together this very easy apple pie recipe, that is perfect for beginner bakers.  If you have every wondered "how do I make an apple pie?" then this is the recipe for you!

This easy ricotta pie recipe has delicious chocolate and orange flavours.  Easy to make it's so elegant when baked as a tart! The recipe makes two pies to feed a crowd! 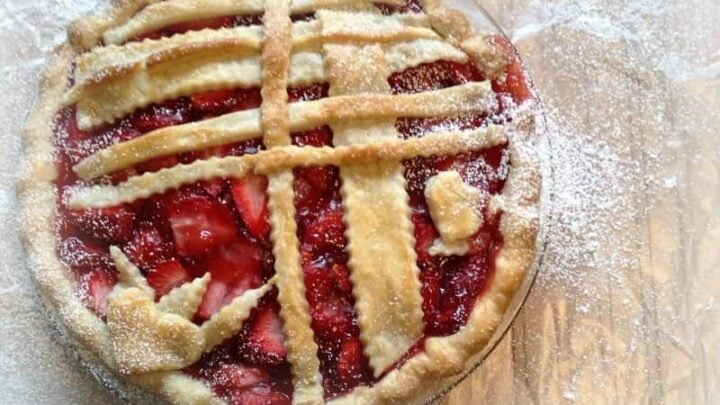 Strawberry Pie is the perfect pie for Spring! An easy recipe, and look at those beautiful pie crust techniques. We add a special ingredient to our homemade strawberry pie. Delicious anytime at all.

This Razzleberry Pie will become your new favourite Holiday Dessert!  Your family will love it, I promise! A delicious triple berry blend, that's not too sweet and is a real show stopper! Just look at that deep red & purple pie filling inside my flaky buttery pie crust! Enjoy...xo And please be sure to rate my recipe with a 5 star rating if you like it! 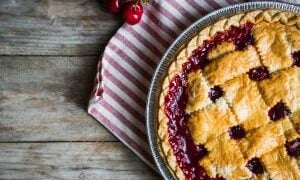 Grandma's Cherry Pie is a simple, yet tried and true recipe that will turn a novice baker into a rockstar! Homemade Cherry Pie tops the list of favorite summer fruit pies. 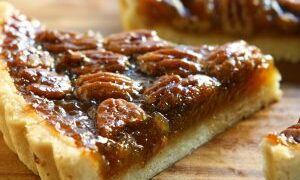 Everyone loves Pecan Pie right? Kind of like a huge butter pecan tart IMHO. An easy filling to prepare that bakes perfectly in our flaky buttery pie crust. A Perfect Pie!

Our Key Lime Pie would make Aunt Sally proud! If you didn't know Aunt Sally was the inventor of the Key Lime Pie Recipe in Florida's Key West. I actually made this recipe for the first time while visiting Florida and have a hair raising tale to share! 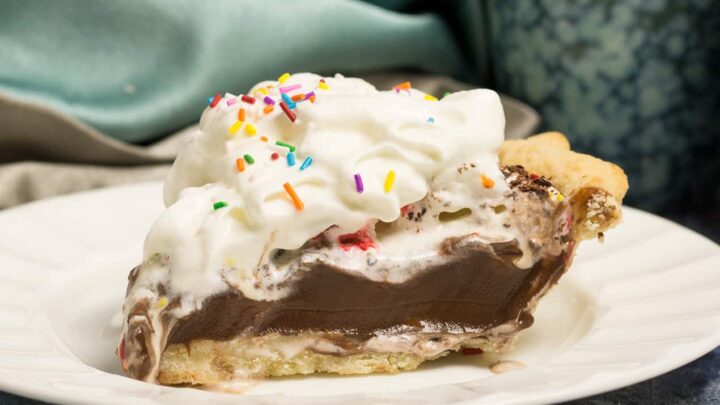 This old fashioned homemade chocolate pie recipe is one of my Grandma's and it's a family favourite! A creamy pudding pie filling, topped with mile high whipped cream, it's sure to be a crowd pleaser! 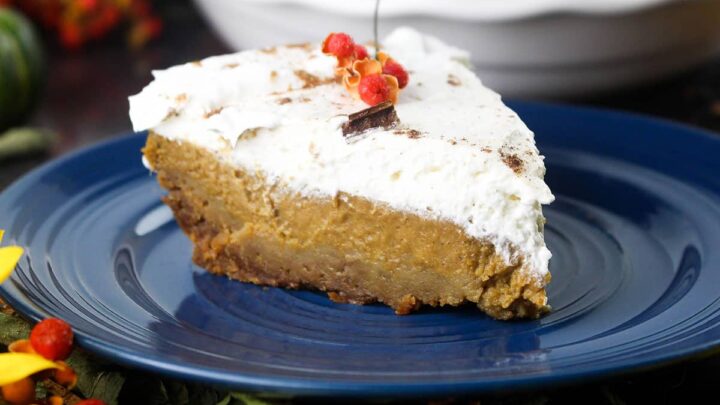 Pumpkin Pie gets BIG flavor with a splash of Kahlua and just look at all that whipped cream! Prep time is easy with a gingerbread cookie pie crust 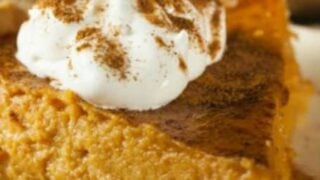 Hands down the easiest and most delicious pumpkin pie recipe I have ever made. Lightly spiced, using milk and eggs, it is rich and creamy and you will be more than happy with the result! 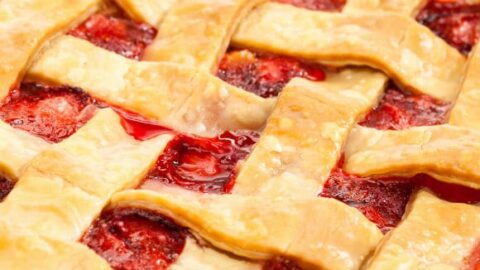 The combination of rhubarb with either fresh or frozen strawberries results in an old fashioned fruit pie.
The flavour is a sweet and tangy ambrosia, with a strawberry rhubarb pie filling that tastes just like homemade strawberry rhubarb jam. Yum! 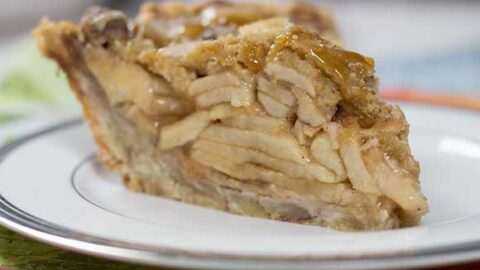 Start with a delicious buttery Cinnamon Roll Pie Crust and Build this scrumptious Dutch Apple Pie on top! A perfect recipe for Beginner Bakers. Make it a family time, with apple peelers, and pie crust rollers! 🙂 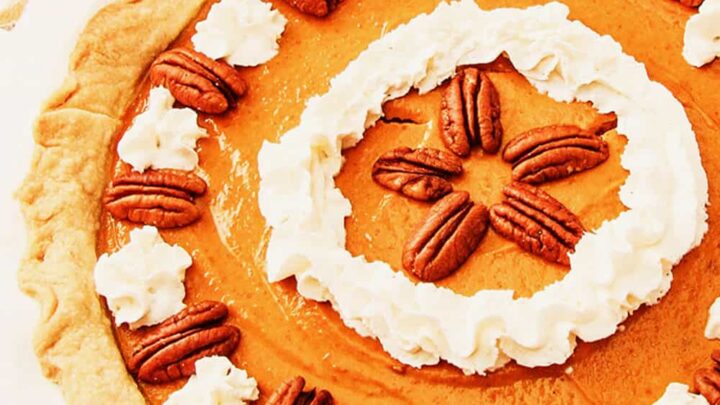 This amazing Gluten Free Pumpkin Pie recipe is creamy, flavorful and tastes pretty amazing! It's such an easy recipe and whips up in a food processor in minutes! DONE! Perfect for Thanksgiving 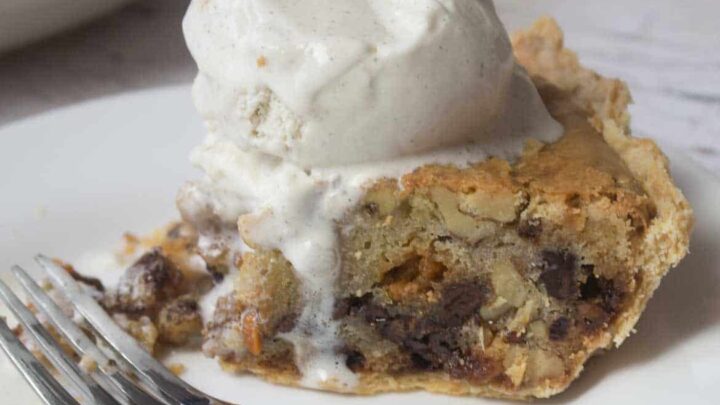 Chocolate, Walnuts and Grand Marnier combine to make a decadent pie that tasted like a warm chocolate chip cookie! 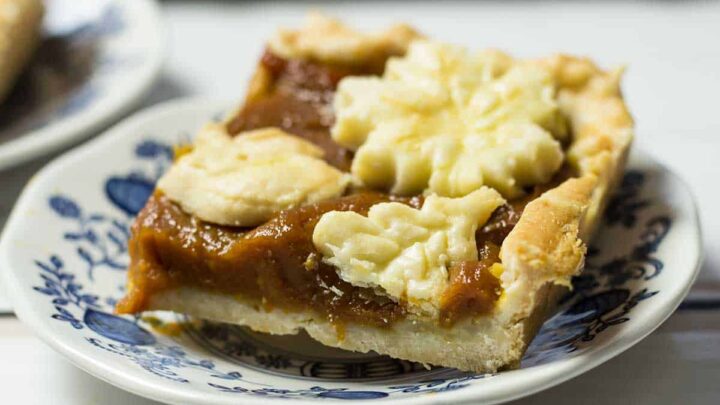 We just had to include a recipe for Slab Pie. When you need to feed a crowd this is the way to go! And I needed to use my new pie crust cookie cutters! 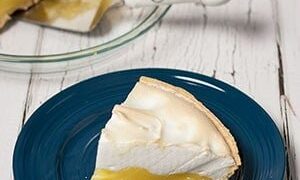 Lemon Meringue Pie always signified a special dinner in our home. We take you through all the steps to cook a yummy from scratch lemon pie filling on the stove top and how to create mile high meringue! 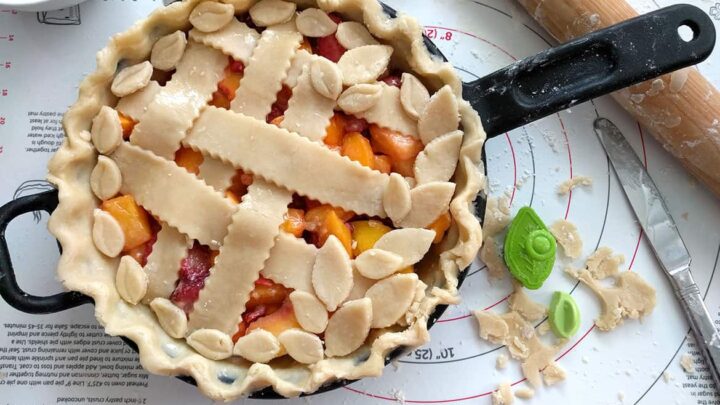 A great way to get the fresh flavour of fruit pies in winter is to bake using frozen fruit mixes. We love this Peach Mango Pie and think it really tastes like a tall glass of sangria. xo

So happy you are here!

Success! Now check your email to confirm your subscription.

Hi there, I'm Judy, it's awesome to meet you! I'm a writer, master pie baker and I've been helping people reach their personal and career goals for over 30 years.   I believe everyone should experience the joy of creating old fashioned recipes, just like Mom or Grandma used to make. And I also help you to create those memories for you and your family with Simple, Delicious, Wholesome recipes that you can learn to make. We also help you discover that Simple Living isn't just a concept.  It's a state of mind. Comforting food and Simple Living. It's all here. You can read more on my About page!

Thanks for sharing! Do you know where I can purchase the apple poster?

thanks Debra! Sorry I don't, it was a graphic I found several years ago.